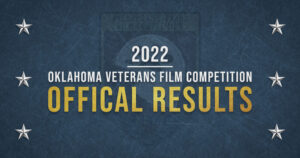 To see the winners of this year’s Film Competition, go to the announcement film, GO HERE!

And, here are the winners!

To view all of the entries, GO HERE!

Film Competition Launched Across the State

The Oklahoma Military Hall of Fame and the Oklahoma CareerTech centers have partnered together to provide a student competition that documents Oklahoma veterans service in high quality short films. Secondary and post-secondary students throughout the state will join with veterans to film and produce their military stories for entry into the Veterans Film Competition.

Five- to seven-minute edited versions of the interviews will appear on YouTube and the Oklahoma Veterans Film Competition internet site, but family members will receive all of the interview materials for their veteran. “From my experience, the family members will have never heard very much about their veteran’s service for our country, until now,” noted retired Army Colonel Robert Cox, OKMHF competition organizer.

The OKMHF will recognize the winners and award cash prizes. Plans call for the contest to continue in future years. The 2021 motto for the effort is “If they don’t tell their story, it never happened!” The Veterans Film Competition is part of the ongoing OKMHF Honors Campaigns program. More information including contest guides for students and a promotional film for the campaign may be found here on this site.

See what Oklahoma veteran supporters of the Film Competition have to say to students about the effort by going here. 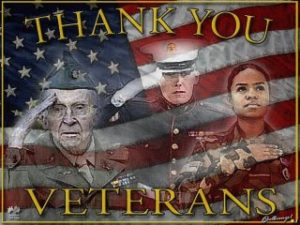 This site has been established to help you in the process of organizing and conducting an Honors Campaign for military veterans in your Oklahoma community. Established by the Oklahoma Military Hall of Fame (OKMHF) to help honor our state’s veterans and better educate young Oklahoman’s about military service, the first Honors Campaigns are to be completed during 2019. The effort has been organized through the Honors Campaign Standing Committee of the OKMHF Board of Directors in hopes of offering recognition for their service to much larger numbers of veterans than the approximately 200 honored since 1999 through induction into the Hall of Fame.

Recognition of veterans through the Honors Campaign effort provides a series of options for honoring your community’s service members, up to and including induction into the OKMHF. At the same time, participation in an Honors Campaign offers special recognition to the youth who envision and execute a campaign.

After reviewing this site, you may refer your questions through email to the address contact@OKHonorsCampaigns.org, or by writing the Honors Campaign Standing Committee, PO Box 876, Stillwater, OK 74076. Ultimately, by submitting an application to the Standing Committee, approved Campaigns will be assigned an OKMHF Ambassador to help coordinate your efforts.

Your interest in helping to thank Oklahoma veterans for their service is greatly appreciated. The OKMHF Board of Directors thanks you in advance for this, and reminds you of our motto: “Spirit of a Warrior, Heart of a Patriot!”

This site has been established by the Oklahoma Military Hall of Fame. Visit our primary site at www.okmhf.org.